Sankranti – celebrating the victory of good with colors and food

Makar Sankranti is celebrated in India with great zeal and enthusiasm every January to mark the end of winters and the onset of a new harvest season. The festival is dedicated to the Sun God, Surya. The festival is celebrated not only in India but also in other Asian countries; in Bangladesh Makar Sankranti is known as Shakrain, in Nepal as Maghe Sankranti, and in Thailand as Songkran.

The Myth of Sankranti

According to ancient Hindu mythology, the winter solstice symbolizes the Night of the Gods; a sign of darkness and negativity. On the other hand, the summer solstice symbolises the Day of the Gods and is considered to be very holy. Makar Sankranti, therefore, celebrates the end of an unfavourable phase and beginning of an auspicious one.

The Hindu almanac, Panchaang, deems Sankranti as a deity. According to a legend, the deity Sankranti killed a devil called Sankarasur on the day of Makar Sankranti. Another story recounts how, on this day, Lord Vishnu killed the Demons who were wreaking terror and buried them under the Mandara mountain. Both legends convey the powerful message of victory of good over evil.

While Makar Sankranti is celebrated with great pomp and splendor on a pan-Indian level, every state has a different name and celebration practices for the festival. The myriad names and localized rituals defining Makar Sankranti are a reflection of India’s cultural diversity.

In India – A celebration centered around altruism

Hindus across India start the auspicious day of Makar Sankranti by bathing in the river at sunrise and offering prayers to Lord Surya as an expression of gratitude for his blessings. Later in the day, people offer freshly harvested food grains to the Almighty to celebrate the beginning of a new harvesting season. On this pious day Hindus also engage in charitable and altruist activities like donating warm clothes, blankets, food, and utensils to the poor. Delicious sweets made from Sesame seeds (Til) and Jaggery (Gud) are prepared and shared with family and friends as a symbol of unity. Besides, social events like fairs, bonfires and kite-flying competitions add to the festive fervour.

Food is a major highlight of Makar Sankranti. What is particularly interesting is that each State boasts of unique dessert platters to celebrate the festival. For instance, Tilkut in Bihar, Gulachi Poli and Murmura Chikki in Maharashtra, Patishapta and Pulipitha in West Bengal, Tik Chikki in Gujrat, Pheni in Rajasthan, Revari and Pinni in Punjab, Makara Chaula in Odisha, Til Pitha in Assam and so on. All the sweets are prepared using Til or Sesame seeds and Gud (jaggery) as their primary ingredients.

Explaining the reason behind making sweets from sesame seeds and jaggery, Mr Satyendra Prasad, our Kitchen Garden In-charge in Bihar, says “Makar Sankranti marks the transition from winter to spring. The fluctuations in atmospheric temperature from cold to lukewarm around this time make us susceptible to body imbalances. Til and Gud keep our body warm and boost our immunity levels, preventing us from catching cold during the season change. That is why those ingredients are mandatorily used for making various desserts on Makar Sankranti. In Bihar we make lip-smacking sweets !”

In Nepal – to each community its tradition !

In Nepal, Mahe Sankranti marks the coldest day of winter and promotes family and community bonding along with yummy foods. On this day, people take a bath in holy rivers – just as in India – and offer prayers to the gods. Mostly celebrated by the Hindus, the way of celebration varies depending upon the ethnic communities within the country.

The Newar community of the Kathmandu valley observes this festival as “Ghyo Chaku Sallhu”. The seniors, especially mothers, apply mustard oil to the head of the juniors. People spend their day basking in the sun with oil massages. Considered as the coldest day of winter, the delicacies consumed especially on this day are ghee (purified butter), Chaku (hardened molasses), and sesame sweets. 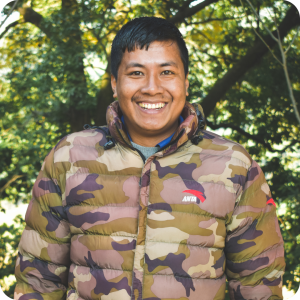 Likewise, the Magar community rejoice this festival in the memory of their ancestors by offering “khichadi” as a sign of respect and prayers to their ancestors in the river early in the morning. Another tradition that is carried out on this day by the Magar community is collecting kandamuls (vegetables that grow underground) few days before. “I still remember collecting kandamuls with friends when I was young. I’m not a good dancer, but in the communal gatherings, everybody dances so nobody feels conscious and enjoys very much”, shared Mr. Indra Sinjali, Program Officer at Karuna-Shechen.

Meanwhile, the Rajput community in Terai region rejoice in the bond of parents with their son. The parents give sesame seeds and rice on their son’s hand five times as a promise that he will take care of them in their old age. It is believed that receiving a sesame seed from somebody’s hand makes you indebted. “My wife still practices this tradition every year even though we are living in Kathmandu”, shared Mr. Birendra Singh, Admin Officer at Karuna-Shechen.

Sankranti is a time for families to celebrate their ancestors by gathering in public and private spheres, and cooking traditional dishes to share with their friends. This celebration is deeply rooted in Hinduist traditions, and conveys a true sense of togetherness and solidarity.

A BETTER EDUCATION FOR A BETTER LIFE

We believe that education is a tool for development, which should also help everyone to cultivate their inner qualities. Indeed, Early Childhood Development (ECD) is a major axis of intervention for K...

This year, all the donations collected by Action For Karuna finance our food security program in India which supports more than 53,000 families: organic vegetable gardens, fruit trees, drip irrigati...

ALL UNITED TO SHARE AN ALTRUISTIC STATE OF MIND

"When altruists join forces, they can generate a tremendous power for good. (...) Everyone can mobilize in his or her own way and cultivate an altruistic state of mind to become a link in the immense ...

Since June 2021, Karuna-Shechen has been supporting Calcutta Rescue in its intervention in the slums of Nonadanga and Canal West, in Calcutta, India. This sister association was created by Dr. Jack P...

Altruism at the heart of our lives

"In this current era, we face many challenges. One of our main problems is to reconcile the demands of the economy, the pursuit of happiness and respect for the environment. These imperatives corresp...

Meet the villagers, our team, and all those who make our work possible. Discover the values that guide and inspire us. And learn how your generous support improves the living conditions of 250,000 peo...